LOGOG joined forces with The Military Of Defence to generate an iconic image celebrating 100 days until the opening of the 2012 Olympic Games. Our Choreographer Vikki Burns worked alongside Sergeant Major Mott to produce the image. Preparation started two weeks in advance of the shoot and involved the co-ordination and configuration of 267 Cold Stream and Welsh Guards into the shape of 100. The campaign was a massive success and went live on Wednesday 18th April 2012 and featured in media world wide. 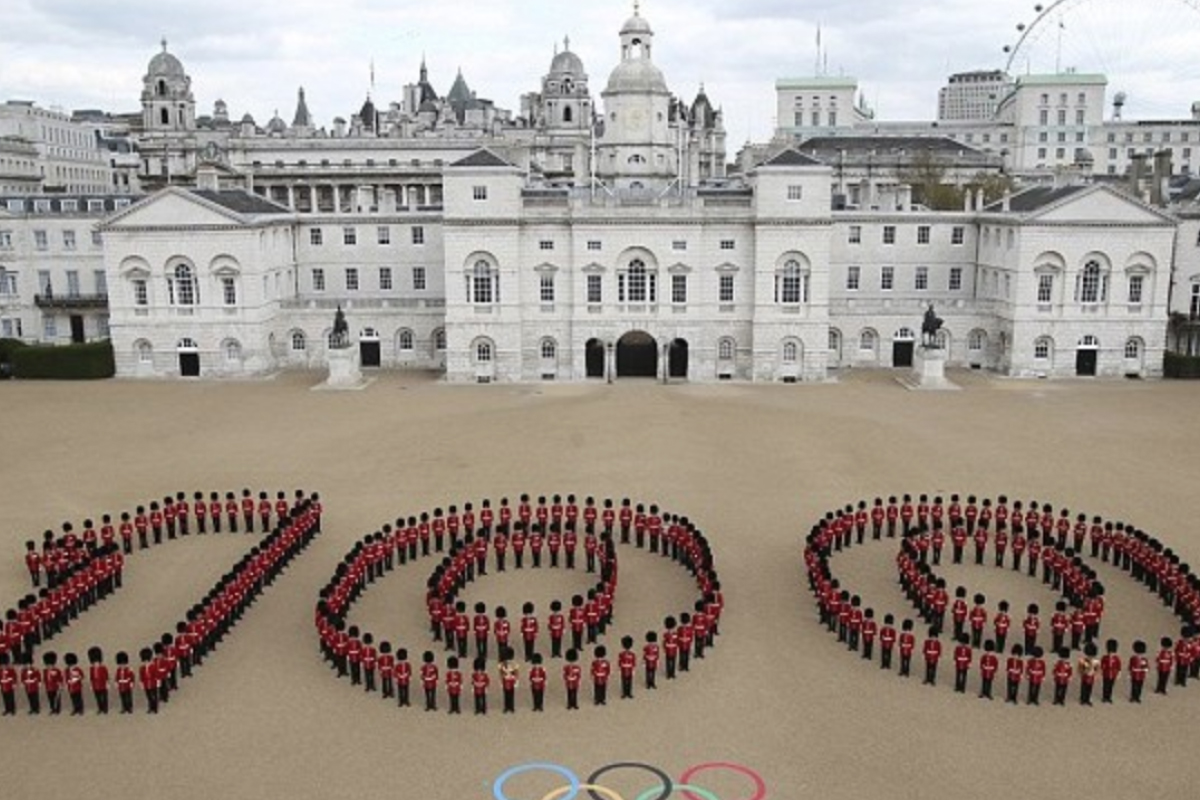